Rachmaninoff is widely known as one of the great composers in the Russian romanticism. He was an outstanding piano virtuoso of his time and was especially famous for his piano concerts and pieces for piano and orchestra, such as Rhapsody on the theme of Paganini.

Rachmaninoff's music, written mainly in the 20th century, remains firmly anchored in the 19th century musical idiom. He was in fact the trademark expression of the tradition introduced by Tchaikovsky: a melodist of romantic dimensions still writing in an epoch of explosive change and experimentation. 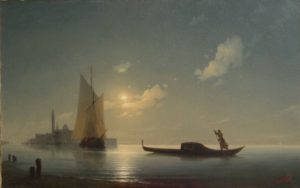 Barcarolle is the 3rd "Morceau de Salon" from Rachmaninoff's Op. 10, that the composer wrote in 1894. The barcarolles are heard singing while canoeing the Italian gondolas in Venice. This type of music tends to be slow and in 6/8 or 12/8 pace. Jacque Offenbach composed the most famous of the Barcarolles from Hoffmann’s stories. Several other composers have written "Barcarolles" such as: Chopin, Verdi, Rossini and Weber. 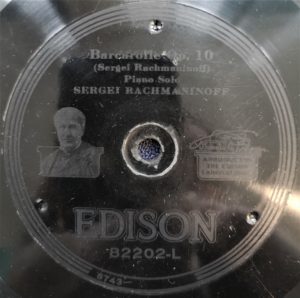