Liza Lehmann was an English singer (soprano) and composer especially known for her songs. In 1885, she began her career as an opera singer at St. James's Hall. Later she sang in the most prestigious concert halls in England until 1894. After this period, she began composing music. She has composed several song collections where the most famous is “In a Persian Garden” for vocal quartet and accompaniment from 1896.

She has also composed music for the comedy “Sergeant Brue” in 1904 and 2 operas: “The Vicar of Wakefield” in 1906, and “Everyman” in 1916. She has also written children’s songs. In 1911, she became the first president of The Society of Women Composers. 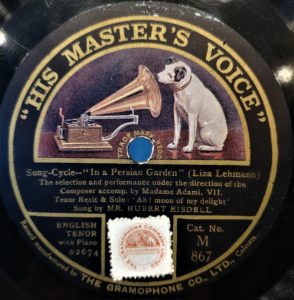