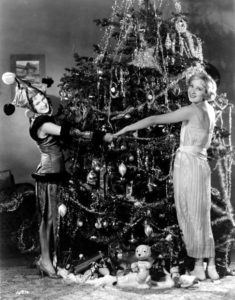 Today we present a very special record of Christmas music. It is one of the first discs recorded in Norway by Pathéfon between 1905 and 1906.
Side 1. contains: Old Italian gavotte, Westby, Sigurd: mandolin. On side 2: a: Amerikabaadens hjemkomst paa Julaften and b. Christmas Eve at Home (Juleaften i hjemmet)., (Speech, Choir and Church bells). The record has not a printed lable, but a handwritten title that is not easy to read.

The album was reprinted again between 1909 and 1914 as Pathéfon N5406, with the same matrix number: 17075. The album was donated by Asbjørn Simonsen and we were told that the record belonged to Steffen Halvorson Lønnegraff (1873-1926). Simonsen said that he often listened to these records as a child. Some information about the song Amerikabaadens hjemkomst paa Julaften: Every year, a ship from America Lines was expected to arrive for Christmas in Oslo, Bergen and Stavanger. It was a big day for everyone. It was a big happening with music and cheerful people. Gifts sent by Norwegians in the United States was delivered to their families in Norway. The tradition was that Santa Claus had a bag of oranges and chocolate that he shared with the kids. At that time oranges were a rare and expensive fruit in Norway, and for most, this was the only orange they had that year!